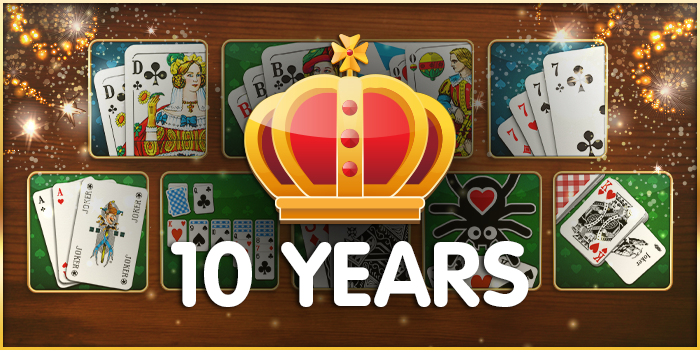 In the last couple of days, we celebrated ten years of Spiele Palast with you. We, as a team, enjoyed looking back and being proud very much. Now we look forward excitedly. Our existing games will be nourished, cherished, and refined – just like our community. And, of course, we will continue realizing more card games! Enough of words, let’s return to the celebration: Today, the Canasta Palace concludes our party series. As the youngest member of the Palace family, published on October 3, it rapidly grew. Did the one or other Rummy fan find a new passion? 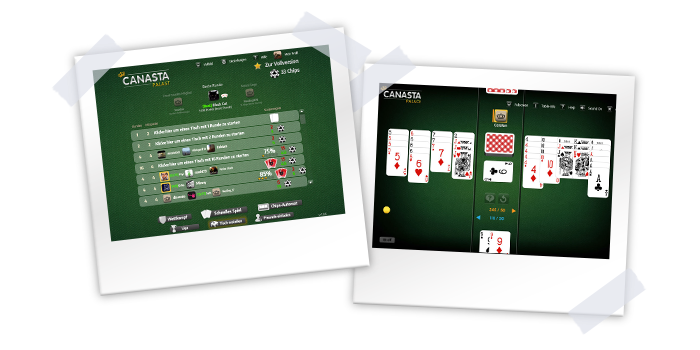 Canasta and Rummy bear some resemblance, after all. Cards must be combined and melded by specific rules, and whoever is the first one to be empty-handed wins the game. Rummy is quite versatile already, but Canasta ups the ante concerning strategy: The whole discard pile can be regained! To finish a round, a set of seven cards – a canasta – must have been played. Additionally, when playing with four players, alliances come into play. Canasta is played over several rounds. At the Palace, a table ends at the latest once the maximum number of rounds is played, but always once 5,000 points are reached.

As of recently, you can also join tournaments in Canasta. The first winners were determined already!

Give Canasta a try and experience team play, strategy, and suspense. This is the last chance to play as a Premium member for two days for free within the scope of our anniversary. To use it, click the following link today, December 15, 2019, and enter the Canasta Palace. Afterward, you can test new strategies employing various custom rules.

Click here for two Premium days at the Canasta Palace

If you have not had enough gifts from the Palace yet, feel free to stop by on Facebook. Each game has a Christmas calendar there:

Your Palace Team says a heartfelt thank you for the last ten years one last time.

And now, to the next years!